Home of The Bears 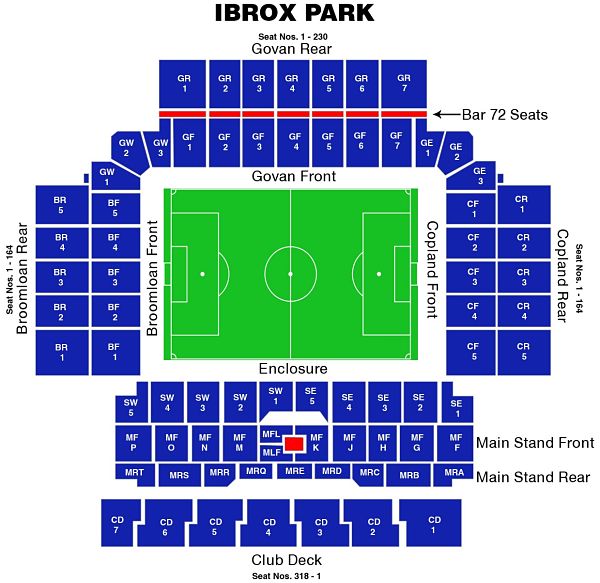 Come and Join Us

We had the best day when we went to Ibrox Stadium. The atmosphere was very electric and we were treated like VIP’s. Most definitely we will be back and would highly recommend as a venue

Ibrox Stadium is the home of Glasgow Rangers Football Club, an all seated stadium with a capacity of 50,817. The stadium was officially opened in 1899 and was formerly known as Ibrox Park.

In 1997 after the corners and screens were put in, the stadium was renamed ” Ibrox Stadium ” and remains the current name of the stadium.

Ibrox has hosted a wide range of other events in the past such as the Frank Sinatra concert, aswell as concerts by Rod Stewart, Billy Joel and many others.

Rangers FC do allow fans to tour the stadium ( no tours on matchdays ) you have to go to the club website and you can visit the stadium, trophy room and get to go pitchside where many legends have played football.

If you are travelling through, why not stay overnight and avoid all the rush. Glasgow is spoilt for choice when it comes to hotels, so have a look at what’s on offer.

We've been through a lot of transformations, look through images our more recent changes.

How To Get Here

Find our how to come and visit us.

IbroxStadiumGlasgow Home of The Bears Learn More Come and Join Us Corporate Events Available We had the best day when we went to Ibrox Stadium.